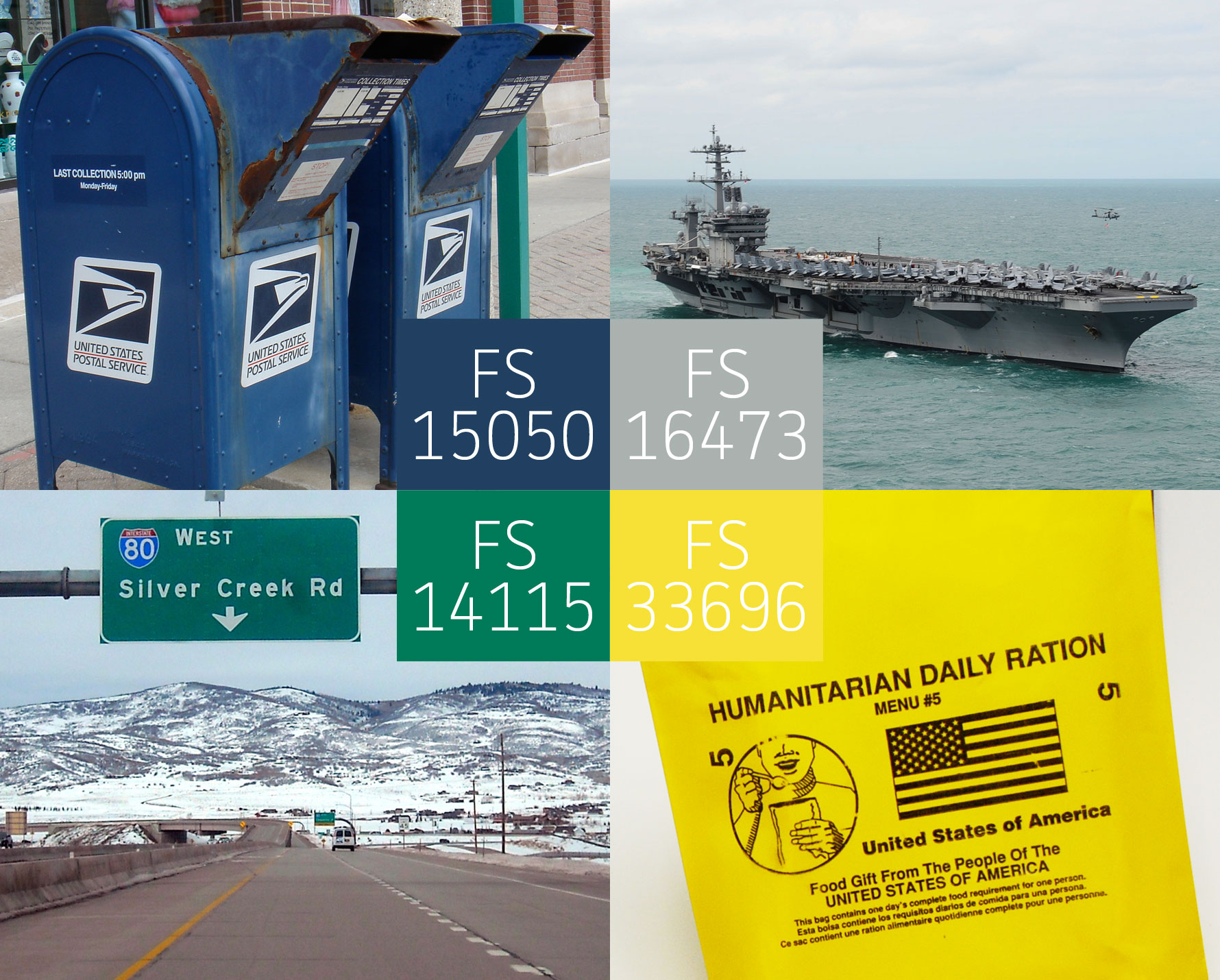 Have you ever noticed that no matter where you go in the United States, the highway exit signs are the exact same color? It’s the same with National Park signs, which are all the same shade of nature-evoking brown whether you’re at the Grand Canyon or the Great Smoky Mountains. That’s not a coincidence — it’s thanks to the Federal Standard color system, officially known as the Federal Standard 595C – Colors Used in Government Procurement.

Unlike Werner’s Nomenclature, there are no expressive descriptions here (the federal government is not known for waxing poetic about, well, anything). Every color in the FS 595C is identified by a decidedly non-poetic five digit number, each indicating a specific quality of the shade. The first number indicates the level of sheen as either 1, 2 or 3. The second number designates the general color group (for example, 0 is brown, 1 is red, 2 is orange, while 8 indicates a fluorescent shade). The last three figures indicate the intensity of the color, with lower values assigned to darker colors while higher values mean a lighter one. However, since the FS 595 is a color collection and not a color system, that means that not every number corresponds to an official color. 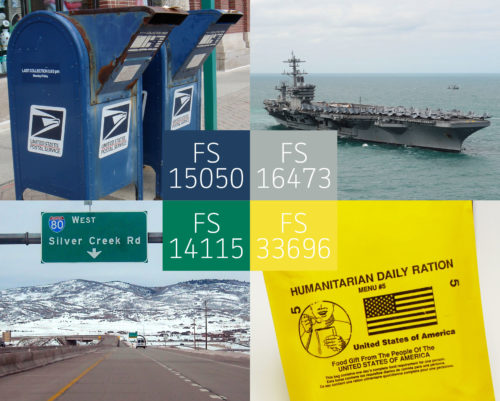 Maintained by the General Services Administration, the standard allows for agencies and contractors to ensure products are consistent throughout the government, and provides for greater efficiency in procurement.

For those interested in the history of the FS 595, Graham T. Beck at The Morning News has an in-depth investigation.

Don’t make this mistake with your government proposal graphics
March 12, 2019